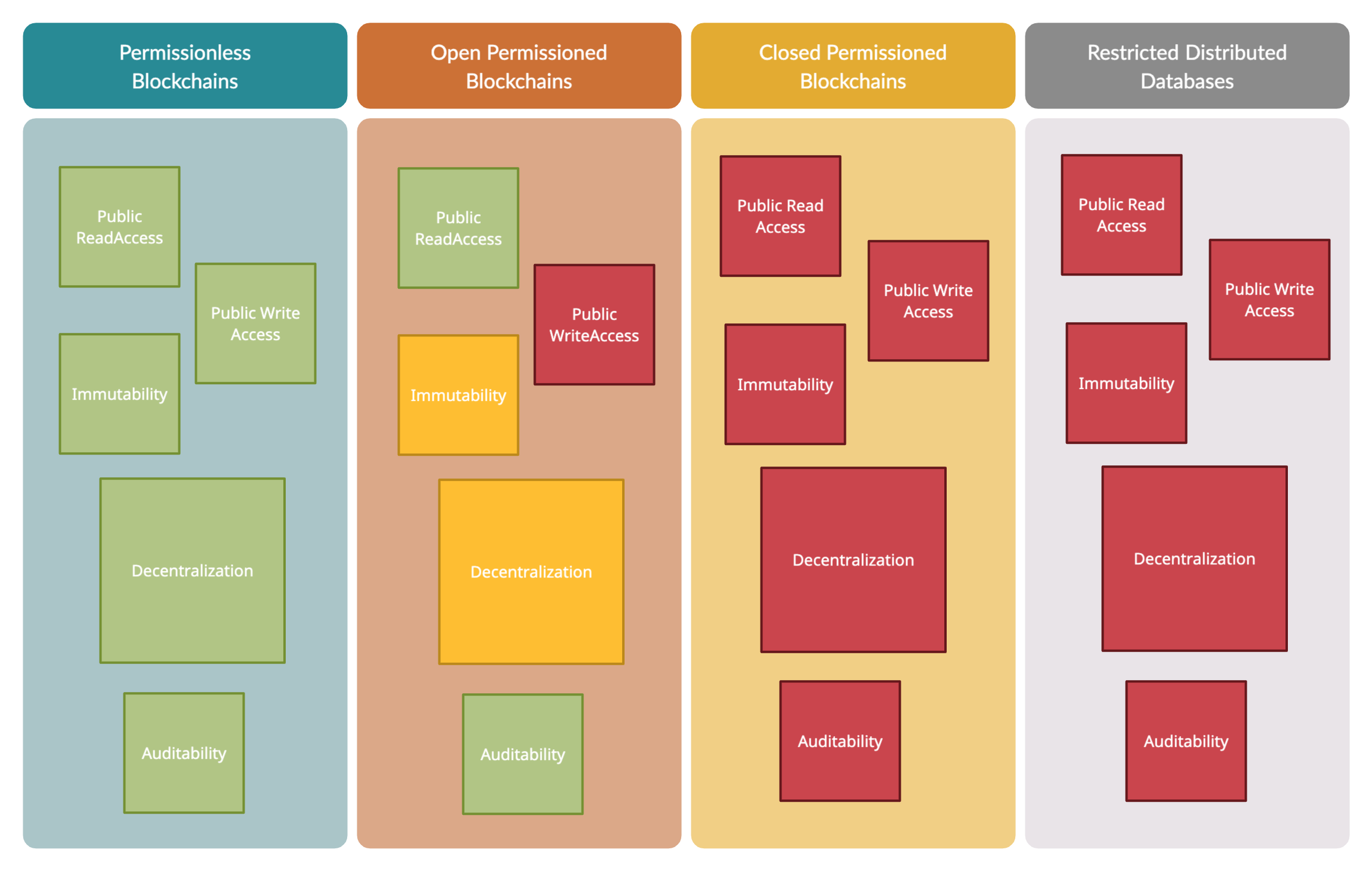 Initially, we have explianed types of blockchains and why we belive private blockchains should never be considered actual blockchains in detail with the in following research paper last year: